Teaching is about accomplishment, particularly academic accomplishment.  Education is about process and an understanding that we may be planting seeds for a process that may not sprout for years.  I have a fairly nice garden that I enjoy puttering around in very much.  For those of you who do not garden it might surprise you to learn that flower bulbs are planted in the fall for flowers such as hyacinths and tulips or even gladiolas which will only bloom the following year.  Fruit trees generally do not fruit for a few years (as fruit does not grow off the trunk but rather off an offshoot of a branch) requiring even more patience.

In your position as a spouse or parent you must have stumbled across some seeds that were planted within you as a child that did not sprout until you stepped into the role of a spouse or parent. (Does this thought sound familiar? “OMG I can’t believe that came out of my mouth, I sound exactly like my mother/father! LOL).  For me one such example was a high school teacher who taught that, when we try to educate our children we have to carefully think whether the message we are actually sending is the one we intend. The example my teacher gave was, “If you yell at a child for spilling his drink on your beautiful tablecloth we send the message that the tablecloth is of more value to you than the child.”  As a parent I took that message to heart.  It sprouted in my response to items that my children dropped.  I trained myself to ask, “is everyone o.k.?”  rather than “What broke?” or “Who did that?”   I knew I had succeeded when on one occasion my sister came to help me setup for a party and dropped something, to which I automatically called out from the next room “is everyone o.k.?” which surprised and impressed her – the seed had fully matured.

Pedagogy has become an establishment, an entity in its own right.  That is the point at which it derailed itself from the task of education.  As you well know the focus is on immediate test scores.  And we complain that today’s children are short-sighted and impulsive?!?

A teacher has students; an educator has disciples.  A rather old fashioned word you think?  It stems from the same root as discipline and from a time when educators knew that,

one of the most significant things they had to impart to their disciples was self-discipline and that this was primarily accomplished through personal example.  Why is it okay for an adult to use foul language but not a child?  Have you ever found a child to follow the “do what I say not what I do” method of teaching?  It is a statistical fact that most victims of abuse, even though they promise themselves otherwise, tend to abuse.  This is because they only have the model shown them at their disposal.  So, if the only way to express anger is curse or hit, well they want to let you know when they feel angry…

Think of one thing your learner does that you find upsetting.  Can you be a better role model in this area?

(A common student complaint is when a teacher insists on assignments being turned in on time, but does not return them in a timely fashion) 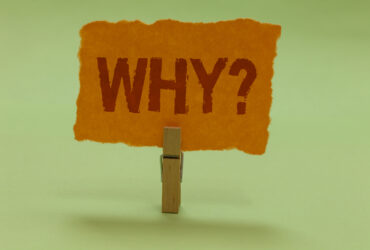 Questioning the Question Part I: Asking the Right Question