The final piece I would like to add to learning style is one I learned as an undergraduate speech pathology student, but it was not until years later that I realized it needs to be incorporated into the learning style paradigm.  New language gets stored in one of two ways.  We either assimilate the information into an existing category as an expansion or we decide the information doesn’t fit and requires the creation of a new category.  Creation of a new category is known as accommodation.  As an example, at some point a child is exposed to an exotic fruit.  The child knows enough that it matches the food-fruit category.  Here is where the learning style piece comes in.  The child must decide if the commonalities allow him to assimilate dragon fruit (fill in your own exotic fruit here as it will be different for every region) or if there are too many differences to his definition of the “fruit” category for dragon fruit to be placed there and thus he must accommodate with a new category of “exotic fruit”.  I refer to the assimilators and accommodators as the matchers and mismatchers respectively.  In the classroom, the student who tends to focus on differences is that annoying one!  The one who you always feel challenges EVERYTHING you say!!!  But if you understand the underlying learning style, that this child tends to see differences rather than commonality, you will be able to take it less personally.  Unfortunately, you may have this student at an age when he feels compelled to live up to the label he has been branded with and in fact may be deliberately challenging you.  However, if you respond by focusing on accepting his inherent learning style as neither bad nor good but just respectably different, I think you will find the dynamics will change (although his learning style won’t).

Remember it is not our job to change peoples’ natures, but rather to help build them into the best possible version of themselves through education.  We cannot do this if we judge instead of understanding.  Sometimes the person we are judging is our self, but instead of taking responsibility we shift blame onto the innocent learner. I hope I demonstrated the negative consequences of this, both with my introspection of what an unsuccessful attempt to explain an abstract concept might look like and how the mismatcher is misjudged.

Back to the phonics lesson, the concept is that to communicate we arbitrarily created an agreed upon set of symbols to represent different things.  The alphabet is a set of abstract symbols that represents the sounds of the language.  Each symbol has a name much in the same way a geometric shape has a name.  You know it is abstract because while all shapes have names they have different functions.  Also, the same shape in different languages may have a different name and a different sound.  Conversely the same sounds may have a different shape in different languages e.g. /s/ can be “s” or “ס”.  Think about how □ or ◊ doesn’t make a sound but ꓳ can 1) be a shape, 2) a number or 3) make a sound (but you need to understand the rules to know which one it does at any moment).  Why is this true?  We made it true to create common ground for understanding.  People have created secret codes using geometric shapes rather than alphabet symbols to communicate language sounds.  What does the listener do when decoding?  Like any second language learner, he translates each symbol into his primary (alphabetic) language to achieve comprehension.

F­­­­or someone who doesn’t share my code this shorthand won’t mean anything.  For my students, this says: Learning style = sensory modality + right vs. left brained (conceptual vs. detail oriented) + matcher vs. mismatcher (additive commonality vs. subtractive differences) + level of concreteness.  Since this is my paradigm I got to pick the symbols to express my formula.  You make it yours by creating your own memorable shorthand (this brings us to the whole other topic of note taking).  For the lesson planner, remember to make the information as concrete and multimodal as possible, introduce the concept then provide the details and wrap up by remind your students what the concept is.  Be prepared for the questioning mismatcher who is simply trying to organize the information so that he can remember it.

Do not be too hard on yourself either.  You don’t have to have all the answers and can still validate a mismatcher by acknowledging that you never thought about his perspective before.  That will probably do more for all your students’ education then you pretending you have all the answers or claiming the question is invalid and the questioner wrong for asking.

Did this paradigm help you tweak your lesson plan to reach a student in a way that you could not before?  How? 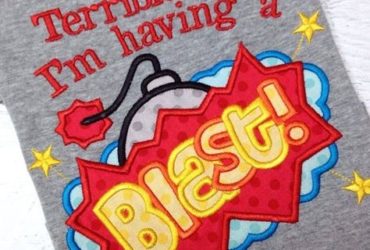